Physical and mental health problems amongst seafarers are not uncommon particularly if we consider the type and the difficulties of the work that a seafarer has to face onboard.

When thinking of seafarers’ health and lifestyle one should always have in mind just few of the following factors: unstable work schedules and long working hours due to operational needs, the small community which one should adapt and work with, the feeling of being away from home and familiar faces, the difficult working environment as well as all the hazards that are involved, the restricted medical facilities and limited medical supplies, the confined nature of life on board ship, the climate of the area where the ship is operating.

All the above along with the come and go from home nature of the seafaring profession adds pressure to a person, even if he is not realizing it and is not helping in any way to maintain healthy behaviors like frequent exercise, normal sleep intervals, healthy living environment etc.

Usually smoking and alcohol consumption rates are higher for seafarers in comparison to workers ashore. This behavior can be related to the fact that a person who works on a ship can feel bored more frequently than a person who works ashore and is able to occupy himself with other tasks that he sees interesting. We must not forget that the things that a seafarer can do when he is not on duty are limited compared to the options ashore. Another very important factor is the stress experienced at sea since tight schedules, hazardous environments, confined spaces etc can be very stressful. Both of the above factors are associated to the tendency of seafarers to smoke and consume alcohol.

Therefore, smoking and drinking is being seen as a way to

Another fact that needs to be mentioned is the social belief that drinking and smoking habits make someone look more manly giving them strength, confidence and boldness.

It is also considered that it helps to mingle with a group of persons. Just imagine yourself being at a party where you are the only one that doesn’t smoke. There are not few people who believe that by smoking and drinking, barriers within a team can be removed and so it is thought to be as an important factor which will lead to effective team work and make a seafarer successful.

Regarding drinking although one would expect that seafarers being ashore would present lower rates of consumption this is not the case. The “Survey of the health, stress and fatigue of Australian Seafarers”, AMSA, 2007, revealed that there were significant differences in drinking habits at sea and ashore. While ashore nearly all personnel reported drinking alcohol, and drinkers consumed a significantly higher number of drinks per week. According to the survey the differences in the consumption of alcohol in the seafarers at sea and ashore may be related to recent maritime industry guidelines for drinking at sea, and the existence of alcohol free or ‘dry’ ships in some sections of the industry (i.e. Offshore Oil and Gas). On the contrary the smoking consumption rates were more or less the same. Although the survey targeted the Australian seafarers it safe to assume that the numbers would be similar to other nationalities, although slight differences could be observed due to cultural factors.

When working at sea, sleep disruption is inevitable due to the 24-hour nature of the job. Seafarers usually complain about the fact that they lack proper sleep which makes them feel tired, more stressful and unable to concentrate. Not getting enough sleep leads to:

The reason seafarers usually lack proper sleep is mostly related to the design and the operation of the ship. Imagine how it would be to try and sleep in a factory which operates 24/7.

MCA’s “The Human Element a guide to human behaviour in the shipping industry” suggests some design considerations which are closely related to seafarers fatigue and therefore seafarers sleep:

Most seafarers are exposed to ongoing elevated stress levels something which has a negative impact on physical and mental health not to mention that it can lower work performance. Of course depending on the duties that have been assigned to someone there might be variations of stress levels due to the type and nature of the work. One of the major sources of stress is the overlap between home and work. Stress is usually produced when the people have to cope with demands which exceed their ability to meet them.

Stress can be caused by work-related factors or it may have to do with the private lives of the seafarer (being away from home etc). According to Parker et al (1997), Thomas et al (2005, 2006), Sutherland et al (1989) the factors presented below more or less affect the seafarers:

The problem about stress is that it tends to add up along with other problems that a person may have, for example a physical injury combined with being stressed from work will most probably result to either prolong the recovery of the injury or make it worse.

Nutrition plays a very important role in a seafarer’s health, mostly because of the demanding work environment of the ship in terms of physical condition. Many seafarers although they are less positive about the importance of nutrition to people’s lives still they are explorative with food according to AMSA‘s survey of the health, stress and fatigue of Australian Seafarers.

Chronic diseases may develop as consequence of bad nutritional habits. Being overweight is one of them and it can lead to hypertension, type 2 diabetes, coronary heart disease, stroke, gallbladder disease, osteoarthritis, respiratory problems, sleep apnoea and endometrial, breast, prostate and colon cancer.

Such diseases can be attributed to the fact that nowadays activities at work may be less physical. This is also applies for work onboard ships. Factors that can increase the risk of developing chronic diseases due to nutrition are:

The excessive consumption onboard ships of highly processed food, sugar, salt, saturated fats etc can best describe the nutritional habits for a number of seafarers nowadays. On the other hand consumption of fish, vegetables, and fruit proves to be particularly insufficient although such food is being provided onboard ships.

Stress and a lack of physical activity are usually accompanied by an unhealthy diet leading to obesity. Being overweight is a risk factor not only for the development of health diseases, but also for the safety of the work being conducted onboard. For example it is not easy for an overweight person to move across confined spaces or in the engine room where high temperatures usually develop due to machinery operation. Not mention of course that being overweight may also significantly worsen the quality of life.

The long periods of being cut off from the social life and the entertainments ashore in conjunction with the “isolated” environment of the ship, creates for many seafarers the strong desire to party once they are ashore. Such behaviors make the seafarers “attractive” in being approached by drug dealers. In addition the loneliness of the seafaring profession along with the being away from home nature of the job may have adverse effects on the psychology of a person who in order to cope with his feelings he sees drugs as a solution to pass his time until he is ashore once again.

A drug addict’s behavior is closely related to the type of drug used as well as the time that the drug user took his last dose. A main characteristic on the behavior of a drug addict is his tendency in telling lies about his habits and of course to keep it only to himself. The drug user generally develops an ability to lie about his habit and keeps it secret. Crew members may not notice a drug user amongst their colleagues. Moreover, in an isolated community such the one that is found onboard a ship, the crew bonds may be very strong and it could be difficult to believe that a partner is on drugs.

Drug use is a serious problem for every person and needs to be addressed with utmost care.

All the above factors that affect different aspects of a seafarer’s health and lifestyle should be taken into consideration in order to try and understand the reasons why such behaviors rise and how these can be altered. 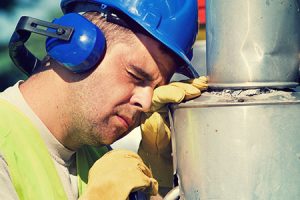